Art is everywhere. It is on the streets and the way we live. Art is part of our culture and history that’s why we launched the Pixelworx live demo!

Now, almost everything can be done digitally through the use of various devices. This makes it easier to create and share art. However, many artists are still looking for that personal touch and that is where the creation of the iPad and Apple Pencil comes in. This powerful pair maximizes the creative capabilities of an iPad while giving artists the touch as if they were putting the brush into canvas the traditional way. The iPad offers the best of both worlds enabling artists to create with freehand shapes and color combinations with raw brush strokes to create works in a very compact, portable, and convenient way. 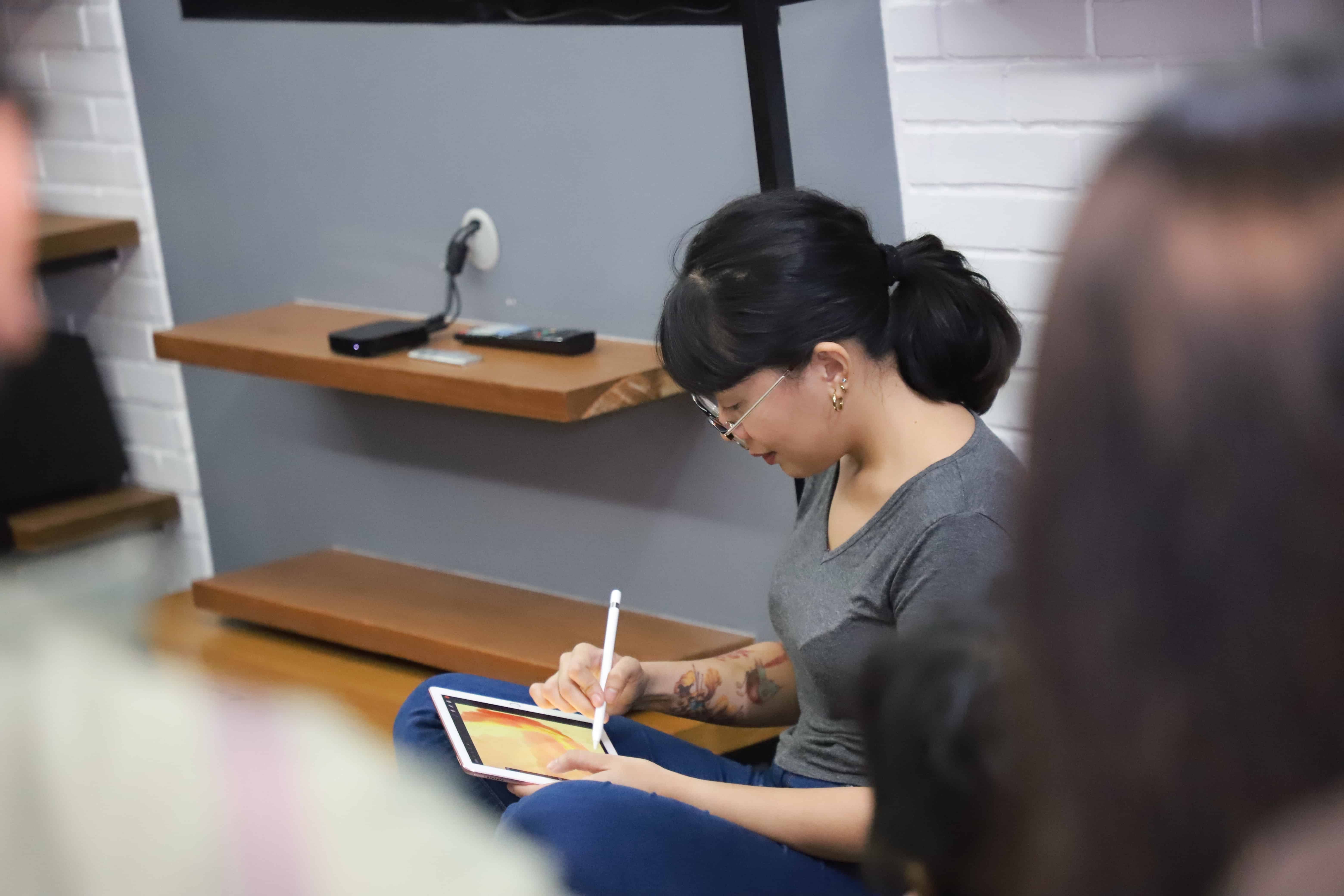 Pixelworx: Imagined Realities is Power Mac Center’s three-part campaign about the art of illustration. The first part is the Live Demo tour that took place at three of our branches in the metro. We had a mix of established and up-and-coming illustrators in the Philippine Art scene create using iPads in front of an audience. First stop: Power Mac Center SM Megamall.

Soleil Ignacio is a graduate of Visual Communication and Fine Arts from the University of the Philippines. From a young age, illustrating has been her passion, inspired by cartoons and films – particularly Disney’s The Little Mermaid. It started as a hobby while growing up and now she does illustration and art as her career. She’s the one to kick off the whole demo tour highlighting the powerful tool that is the Apple Pencil and iPad Pro.

We asked about her past experiences and how she got her signature style; she then shared with us her art journey.

When she was just starting college, she thought she wanted to pursue Graphic Design more than illustration; hence, the program that she entered into. When she reached her 4th year as a student, she fell back in love with illustration.”Come up with your own style, your own signature..” Soleil says, “(because) it’s the one thing that will make you stand out. (…) It’s okay to go with the trends just don’t copy too much. (…) Your style is something you don’t need to force. Yun yung binabalik-balikan mo gawin,” referring to her current style being heavily influenced by The Little Mermaid, the character she has illustrated countless times. 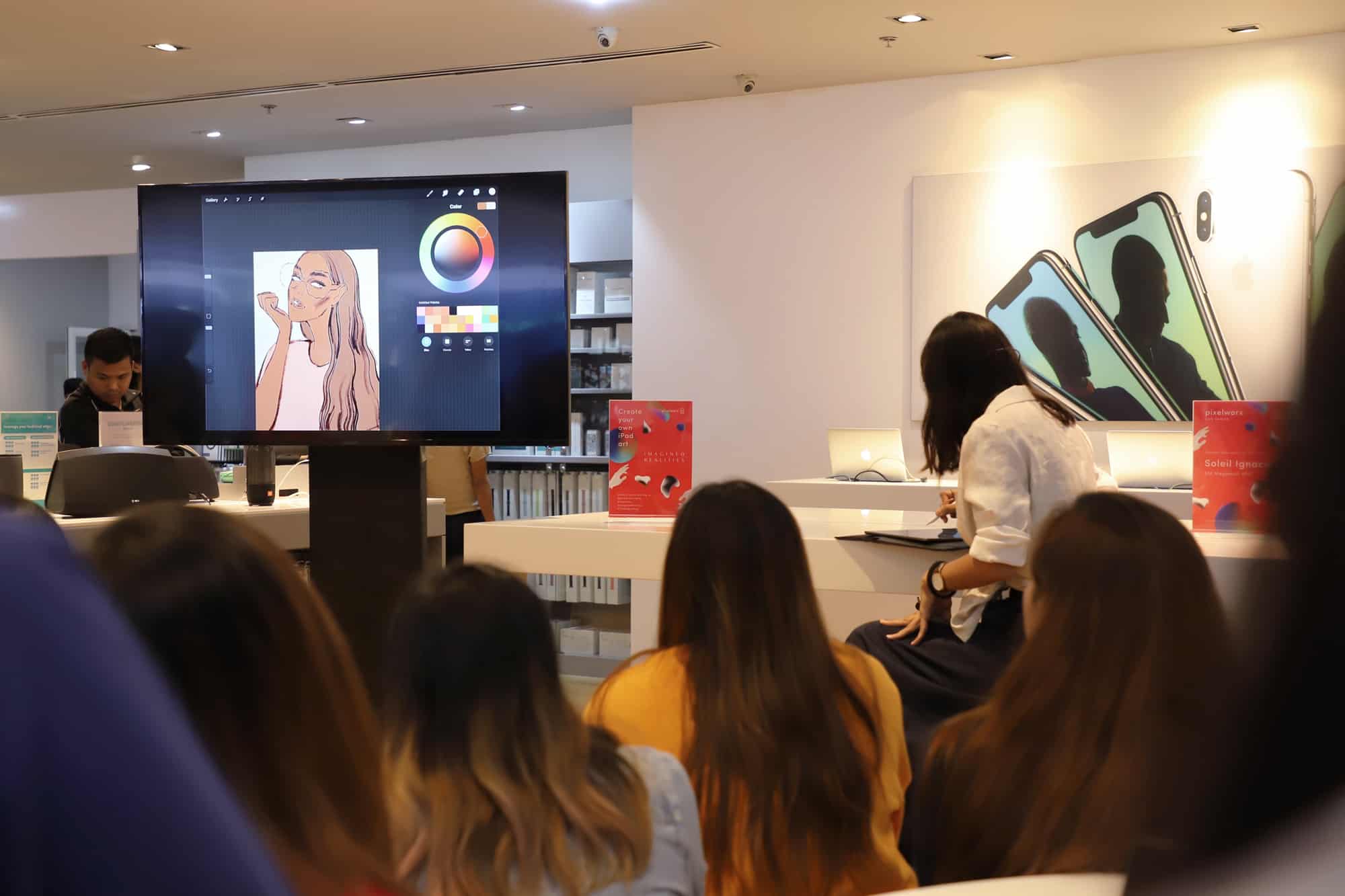 During her live demo, she also gave more advice and shared how she got into fashion illustration by starting to collaborate with her friend who works for a fashion magazine. From there, she got into art directing and graphic designing. After a while, she decided to relax for a while, in the water where she feels at home in. While on her break as an artist, she got commissioned to work with a European furniture brand. She willed herself to do illustrations again and from then, she was unstoppable.

Thanks to her iPad, she can translate her vision into something beautiful, and the best thing about illustrating using an iPad for her? You can just easily click “Undo” when you make a mistake unlike in the traditional way of illustrating. The device is also very portable. She looked so natural drawing with her iPad that you’d be surprised to know that she only started out using one a few months ago. She just borrowed one from her friend and the rest is history. 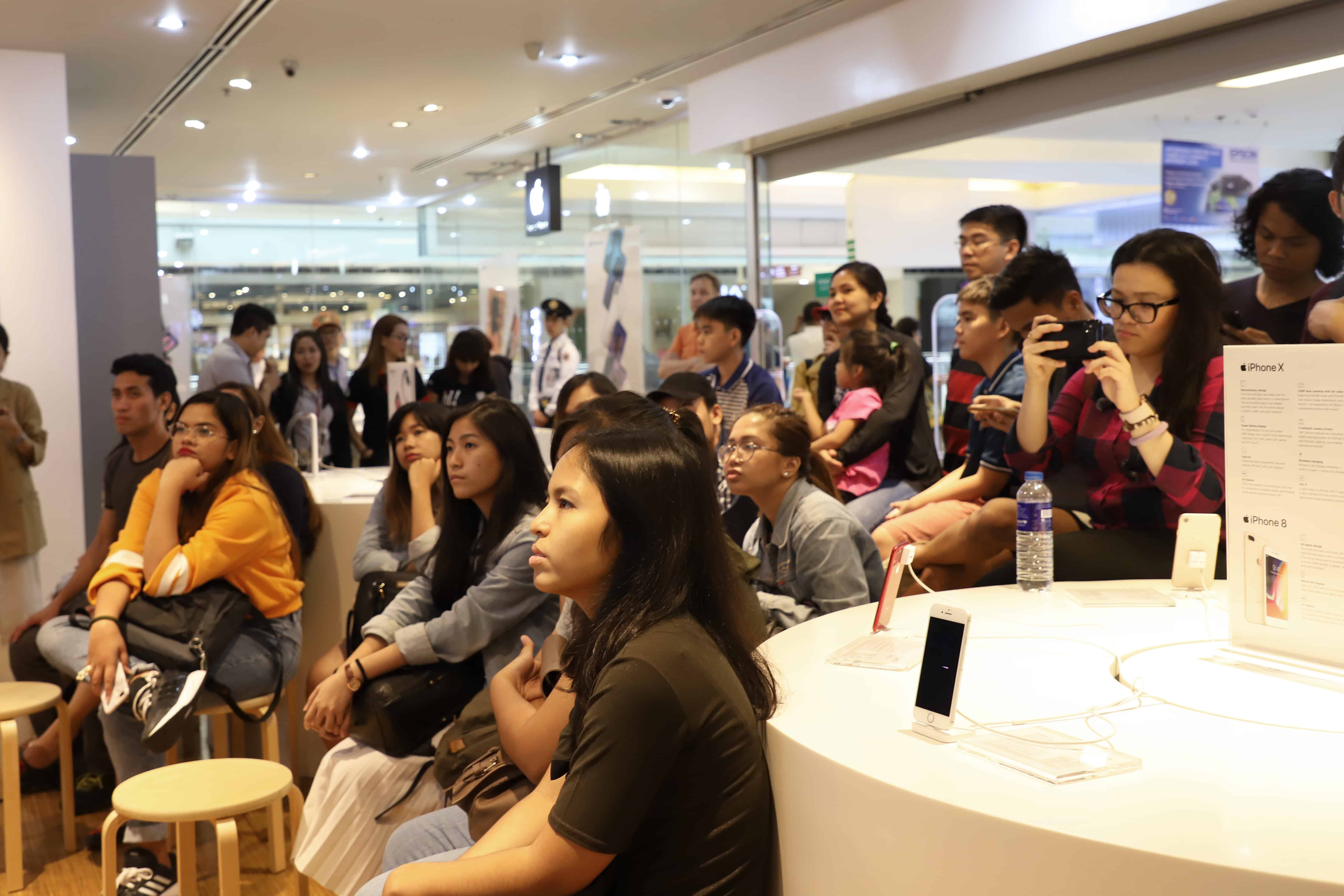 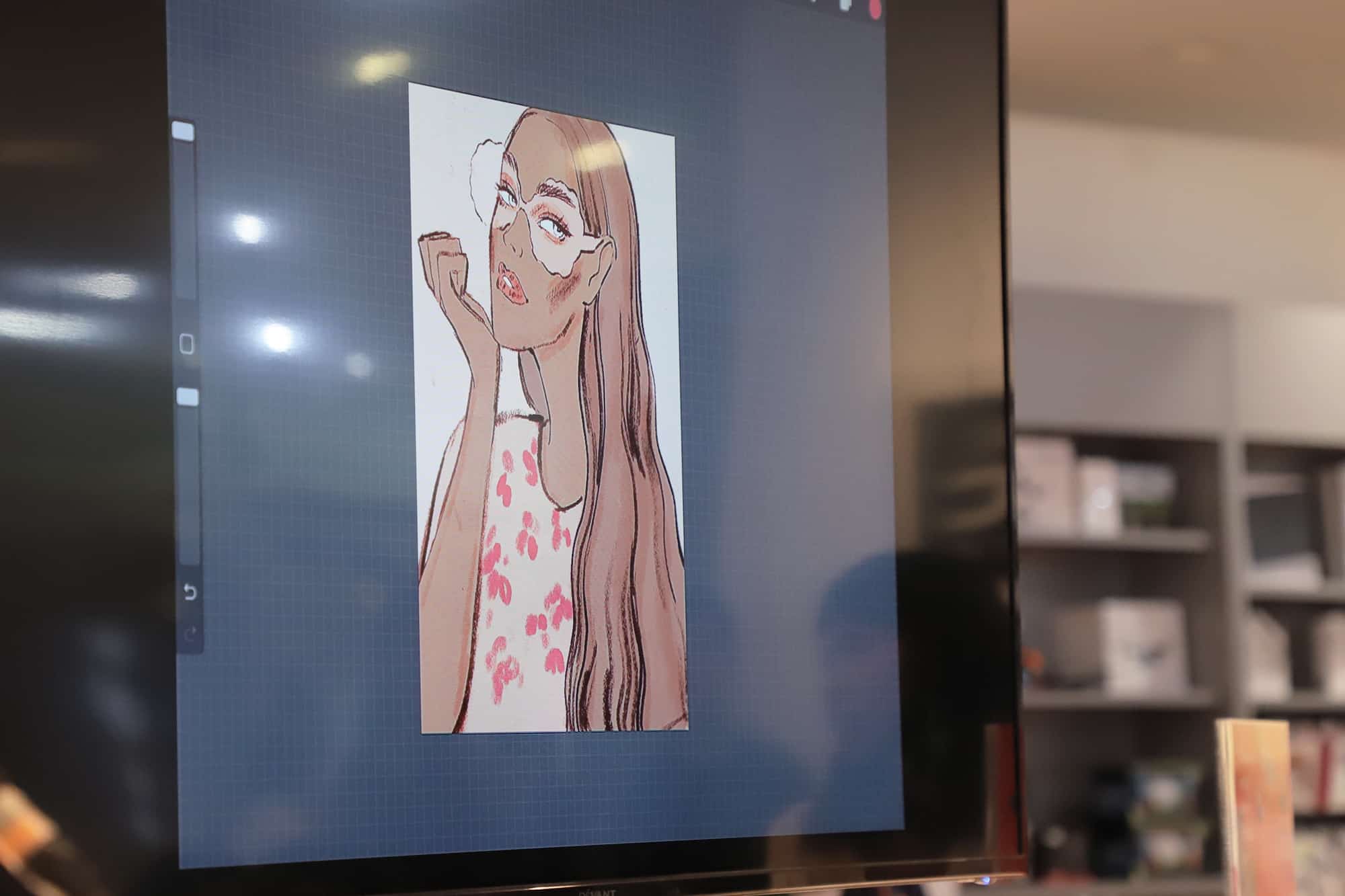 Now she is able to sell her printed art, getting to collaborate with different fashion brands, and live her dream.

The following week, architects Allie Principe and Lando Cusi conducted their live demo at Power Mac Center Festival Mall Alabang. They are set to launch their own design studio, after working together for 8 years, since their college days. 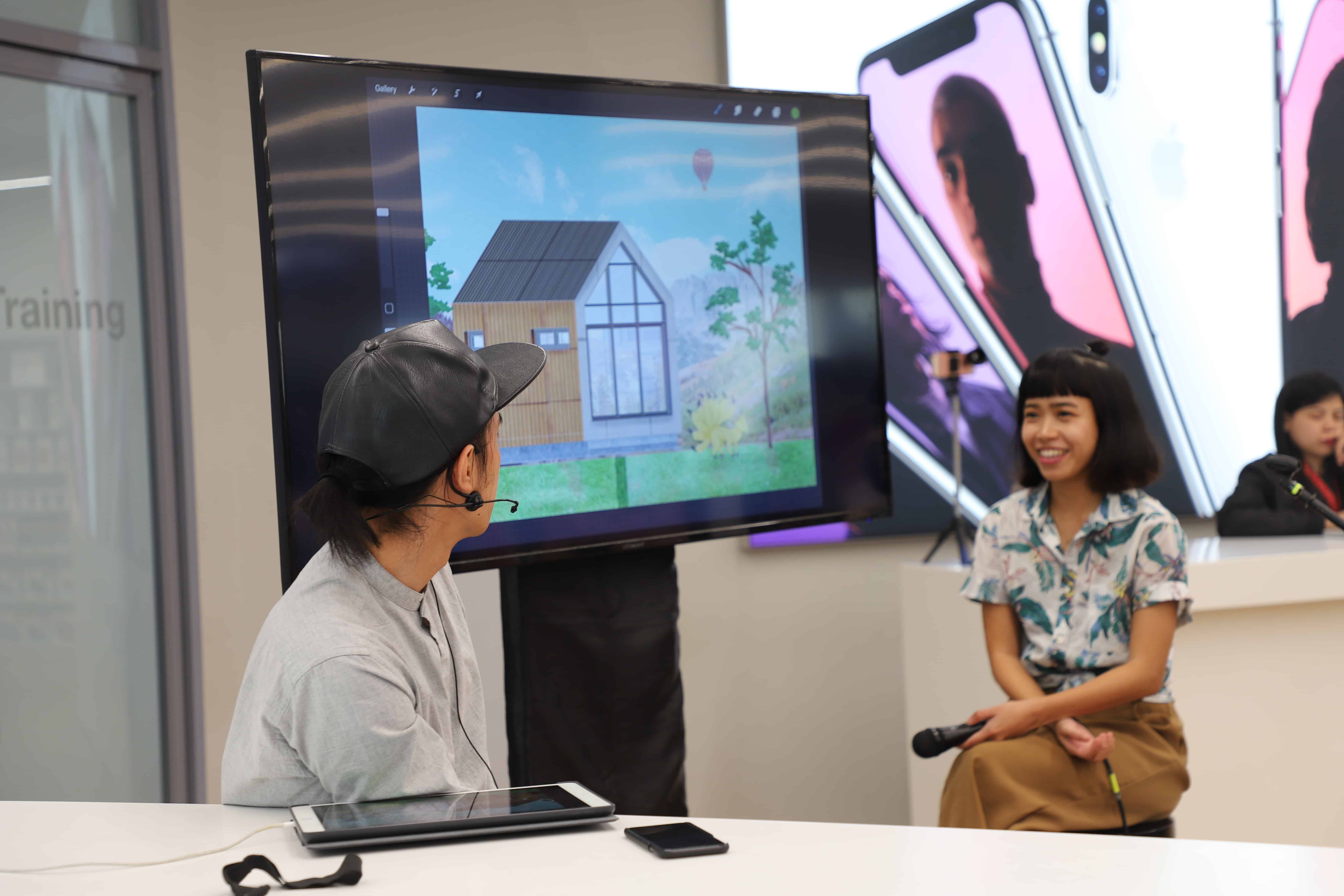 From these years of experience, they were highly influenced by an art movement that fuses the geometric architectural designs overlaid with illustrations of classical figures and elements. This new style is called “Post-Digital Architecture Visualization”, where Lando does the external aspect, and Allie for the internal elements.

Allie and Lando have been avid users of the iPad and Apple Pencil for illustrating for a few years now ever since they bought their first one while living in Tokyo, Japan. Living there for 3 years, honing their craft and developing their art style and now, because of this mastery in using this powerful device, their Live Demo went on very smoothly as they expertly created a piece for their excited audience. 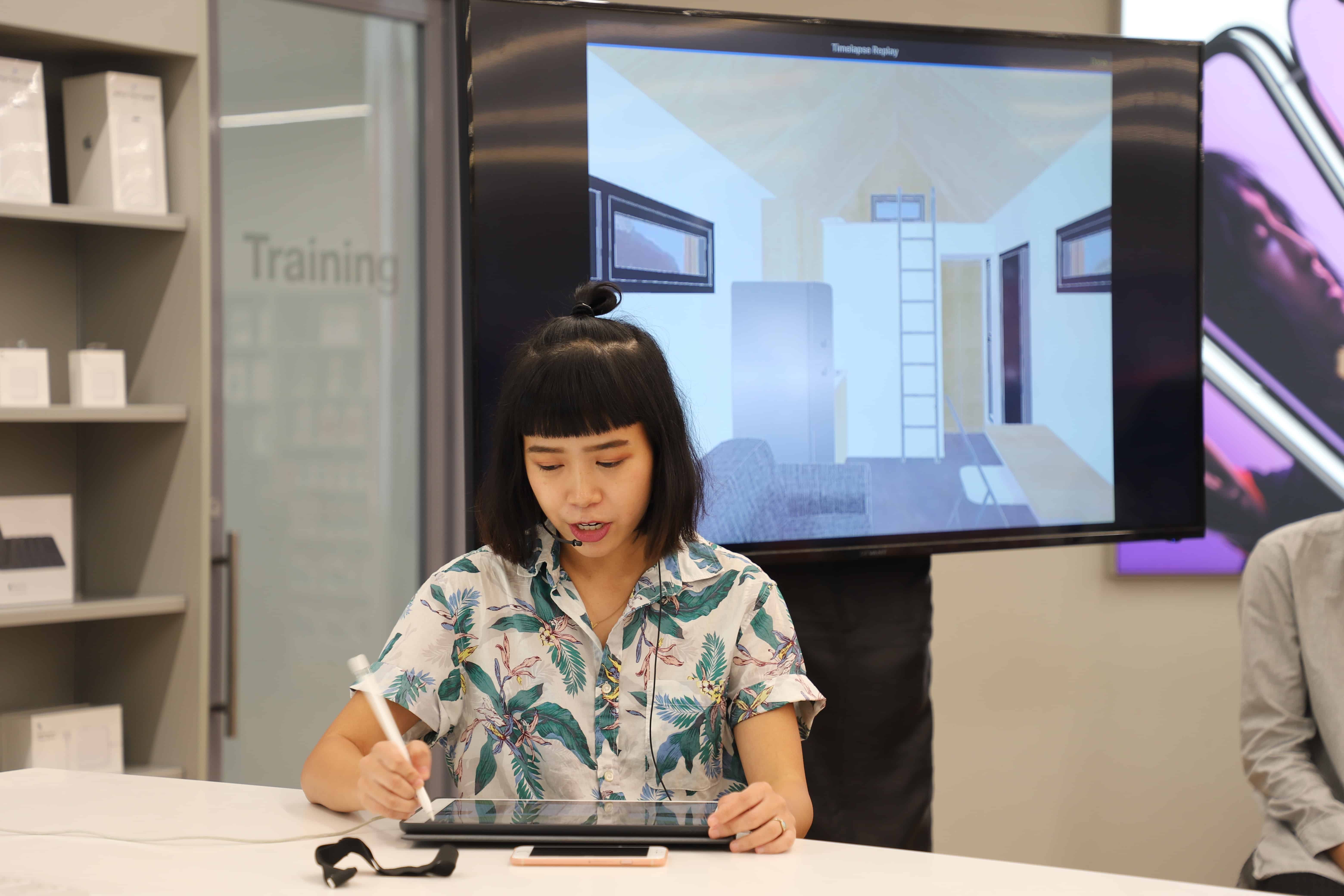 These architects believe that the iPad is an efficient tool for graphic design and illustration because they can create their designs on the go. They shared that – sometimes, the part that takes the longest is just looking for good, copyright-free, images to use, but now with the iPad, they can create everything from scratch.

As a constant pair of collaborators in almost all their projects, they discovered that the best way to make their work easier is to divide their tasks according to their own strengths, weaknesses, and individual styles. It will also be ideal to establish a mood per project so that all elements will be cohesive and will meet the clients’ requirements and preferences. 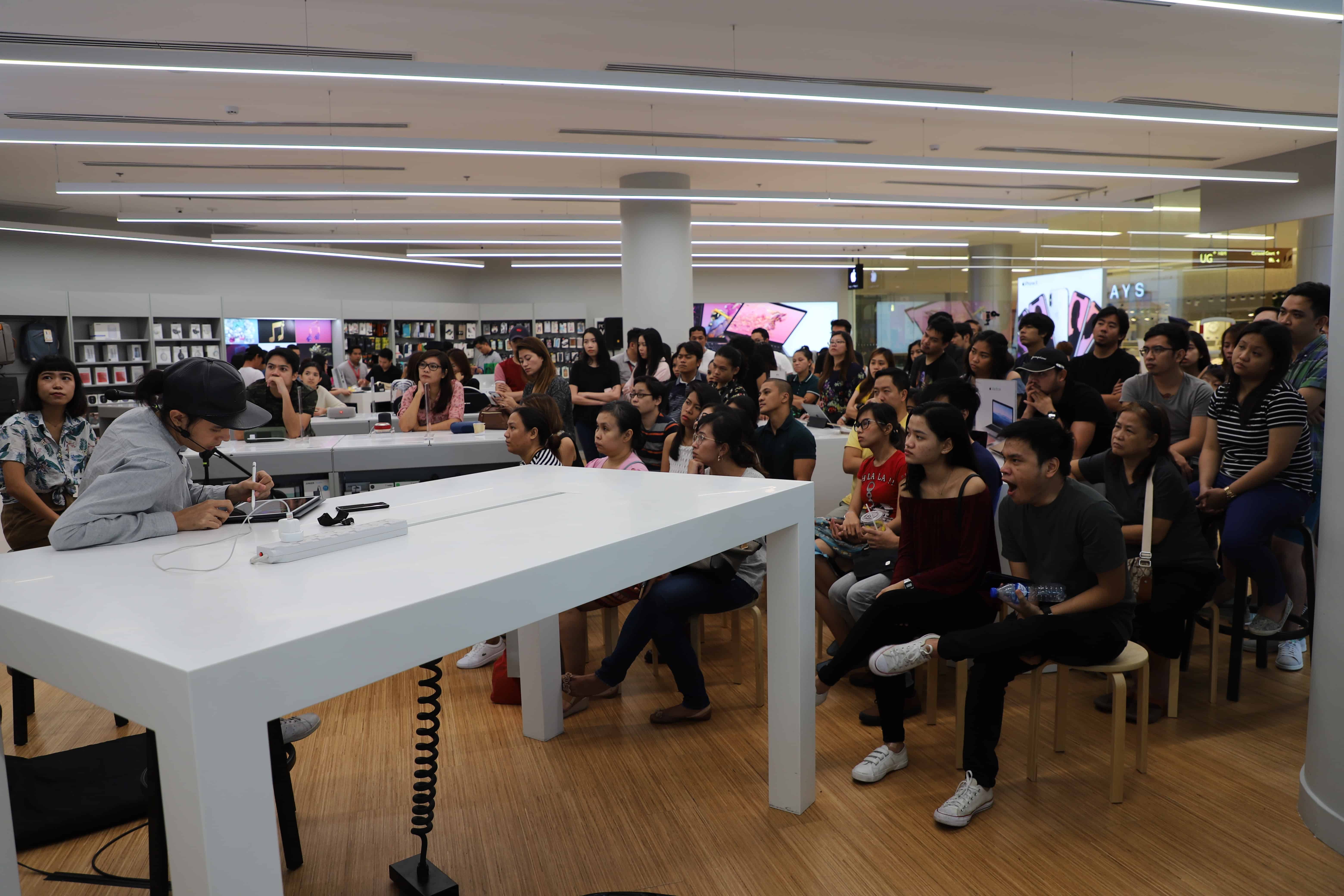 “Ang INK was born out of a felt need by the workshop participants to organize, in the belief that a collective effort and organized interaction among colleagues is vital to the professionalization and development of the industry.” Ara Villena, alongside fellow member Jap Mikel is part of a group of people from different backgrounds, art styles, skill levels, and all of them share their love for book illustration. Ang INK also serves as a community that supports and connects artists to clients and vice versa. Apart from that, they have annual exhibits for their members’ works, workshops, and training for other aspiring artists in the Philippines.

During the live demo event, Jap and Ara created individual artworks demonstrating different art styles and techniques. They are both very passionate about children/young-adult book illustration because of different reasons. For Jap, children’s book illustration makes him feel like a kid again, as if it’s his kid side doing the artworks, the side of him who loves cartoons, comics, and anime, a kid that sees a world full of magic. While Ara is passionate about the storytelling aspect of illustration. 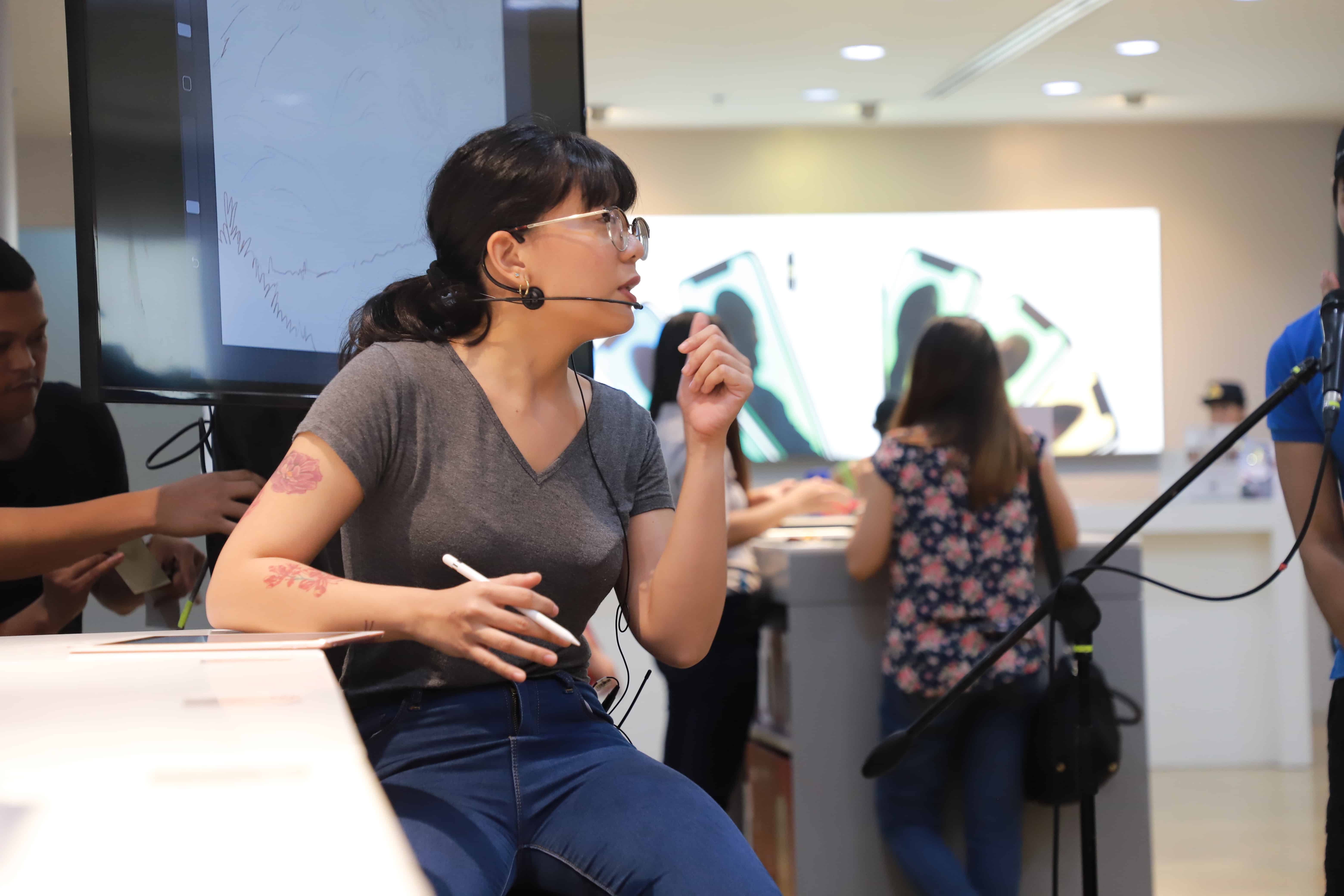 Despite being new to using an iPad and Apple Pencil, they were able to create rich, detailed illustrations, demonstrating the ease of using the iPad as an artist’s tool.

And that concludes this 3-week tour of live demos for iPad art. Thank you to our sponsors – Panzer Glass, Adam Elements, UAG, Moshi, and The Coop Idea. Extra lucky attendees got gadgets from those brands and one participant received an iPad 6th Generation and Apple Pencil to help with their future art projects! 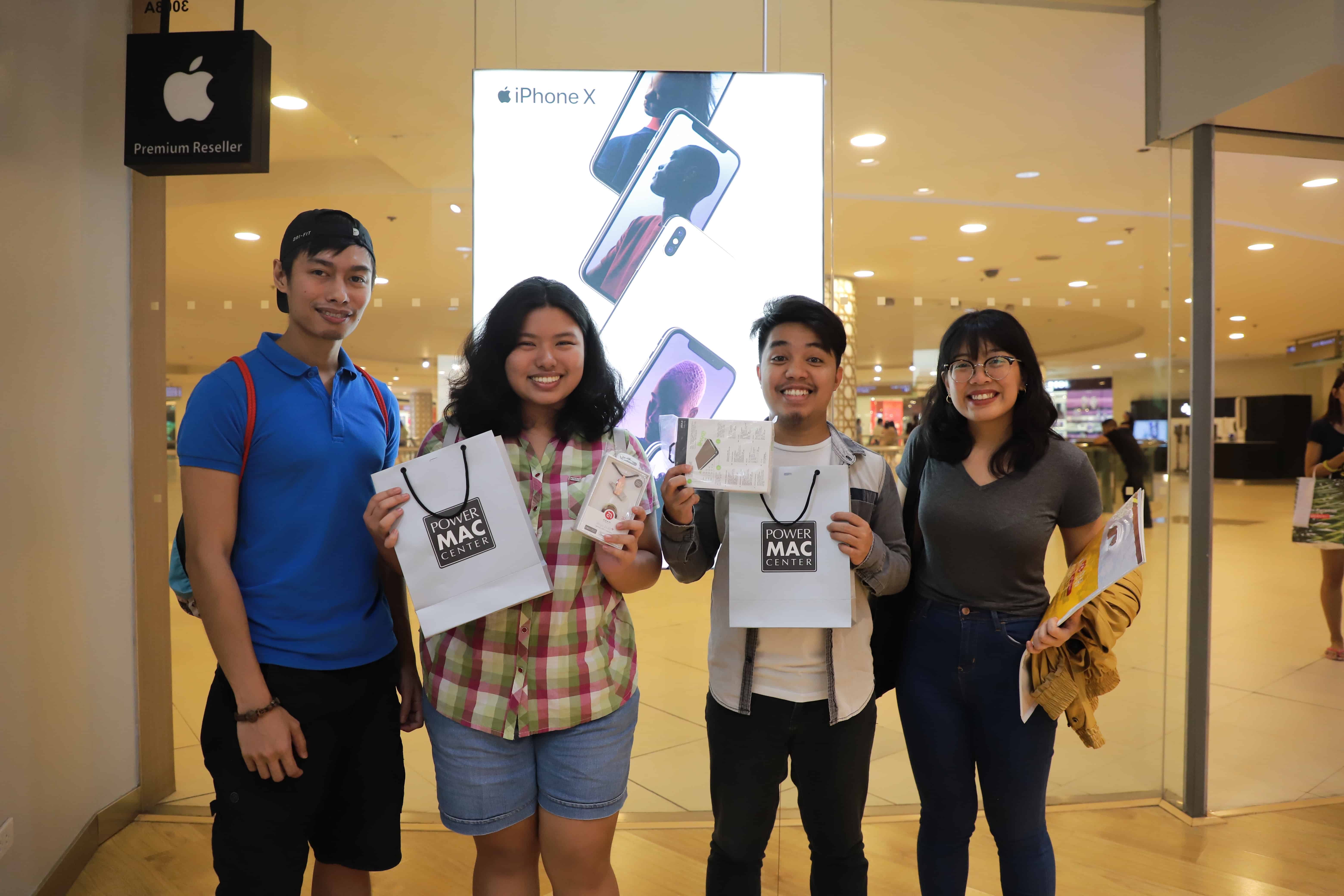 Now, onto the next part of Pixelworx: Imagined Realities, this time for comprehensive workshops to be given by experts in the local art industry. (Click here to see what happened.)

Next Post A.R.cadium App Arcade Tournament
Back to Posts