Supercharging your Experience: The M2-Powered 2022 MacBook Air and MacBook Pro

Apple’s latest WWDC22 event introduced a number of new innovations that will improve user productivity and security in 2022. Aside from the reveal of their updated operating systems (OS)—ranging from iOS 16, iPadOS 16, macOS Ventura, to the watchOS 9—the tech giant gave the crowd a teaser of their latest in the world’s best-selling laptop line: a new MacBook Air and an upgraded 13-inch MacBook Pro, both powered by the high-performance Apple M series chip: the Apple M2.

With both devices getting a well-deserved, supercharged update, these two will surely take productivity and entertainment to the next level. Planning to get the latest Apple technology? Power Mac Center, the leading Apple Authorized Reseller in the Philippines, will bring all there is to know about the MacBook Air M2 2022 and MacBook Pro.

Leveling Up with Apple M2 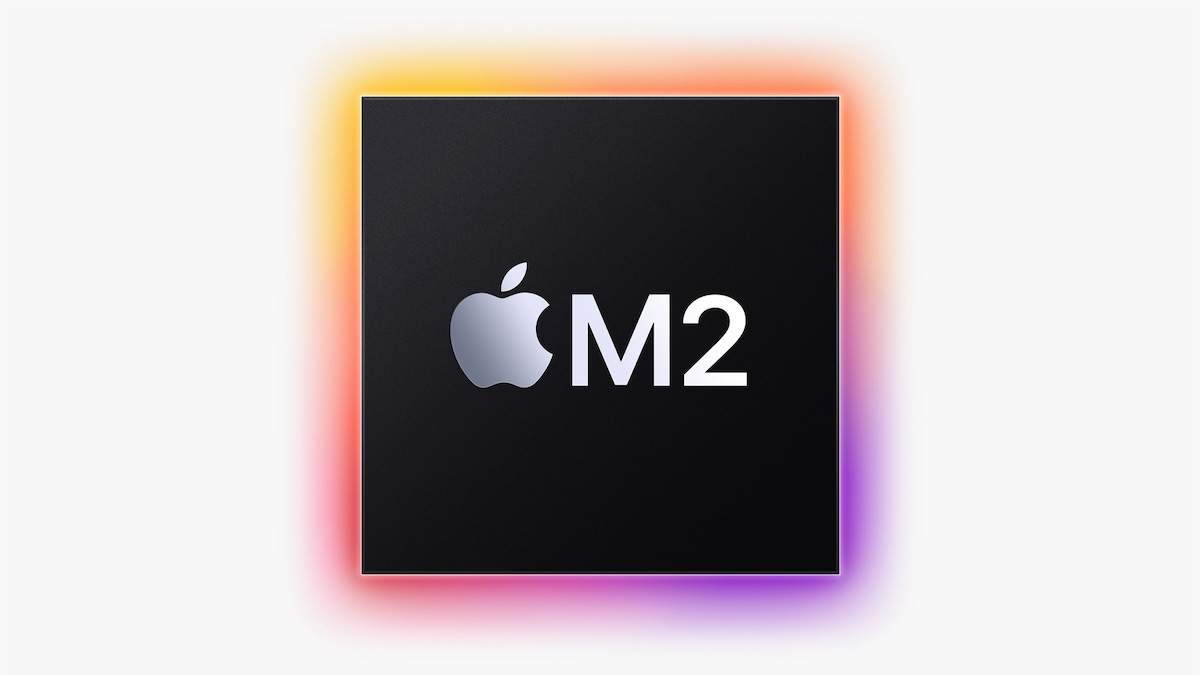 Known for transforming the entire Mac lineup and some iPads like the iPad Air (5th gen) and the iPad Pro 11), the next generation of Apple’s M series chip sends both the MacBook Air and the 13-inch MacBook Pro to even greater heights.

• Processing Power. The M2 chip provides 50% more memory bandwidth than the M1, while also increasing CPU performance by 18%. With other improvements such as a larger unified memory and a faster CPU, complex workloads are a thing of the past as both laptops can squeeze through the hassle of multitasking without even breaking a sweat. Now that’s serious business.

• Even Greater Graphics. With the M2, GPU performance improves dramatically, with an impressive 25% higher graphics performance than the M1 and superior performance of 35% at maximum power. These innovations will surely bring outstanding battery life, a cool and quiet laptop while playing games that put other devices to the test, streaming at 4K and 8K, and editing images or videos. 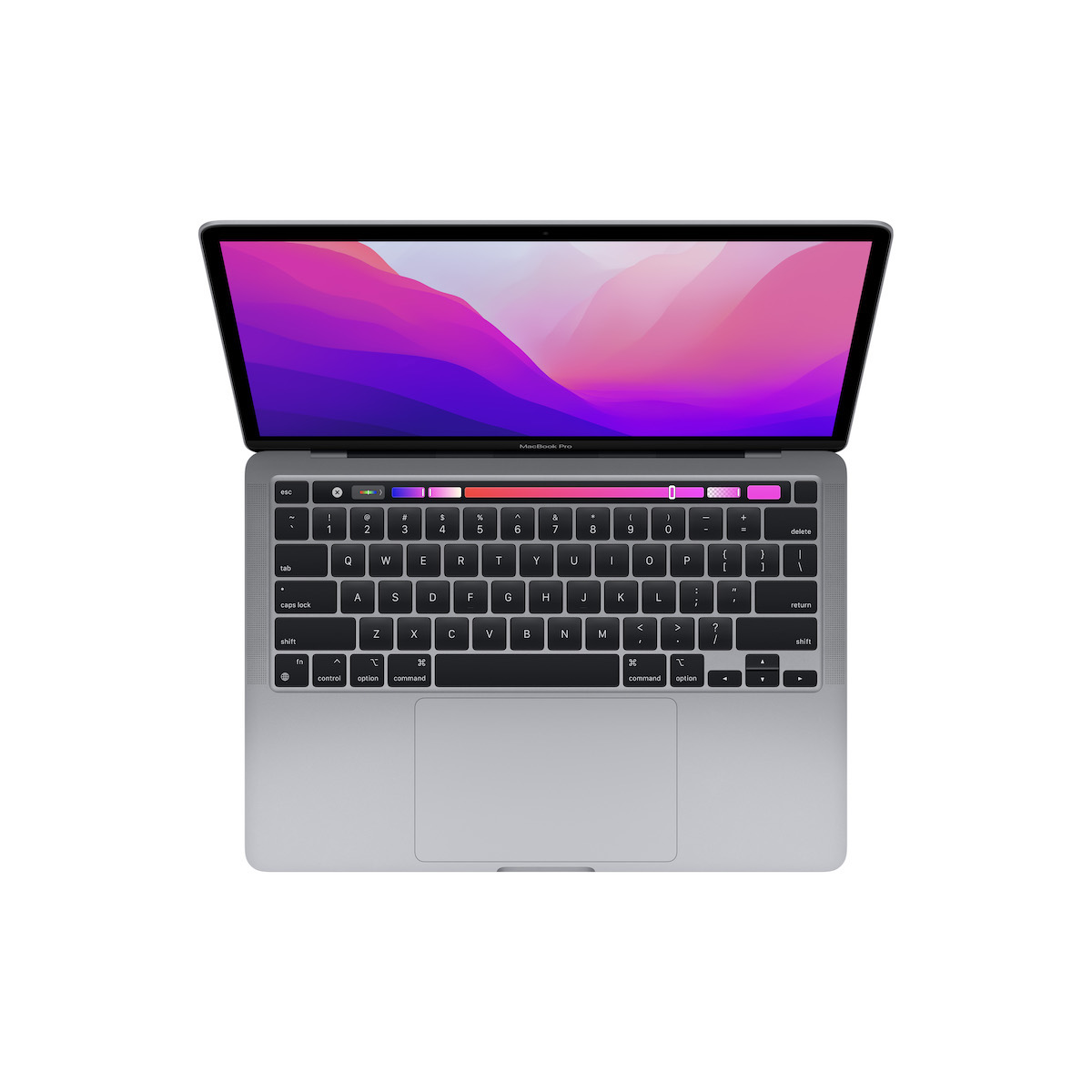 The high-caliber 13-inch MacBook Pro has hooked its current users thanks to its compact design and the high performance it can deliver for all the tasks and games they run. Now powered by M2, this laptop will carry all the capabilities it has to offer. The introduction of M2 gives the 13-inch MacBook Pro support for up to 24GB of unified memory, all found within the system on a chip (SOC). The device is also available in two colors: Midnight and Space Gray.

• Stays cool on high-power performance. Running industry-standard image editors for the 13-inch MacBook Pro and playing the most graphics-intensive games are both nothing but a cakewalk. Concerned about hardware failures in the middle of a project due to high temperatures? The active cooling system helps sustain the blazing-fast performance of your device for hours. What about the battery life? Again, M2 has it all covered since it utilizes only a quarter of the power while delivering peak performance.

• Never short on ports. When it comes to I/O (input and output) ports and interconnectivity, the 13-inch MacBook Pro has it all covered. The device has two Thunderbolt ports that act not only as charging ports but also allow a speedy 40Gb/s data transfer and support for up to a 6K quality external display. There is also a 3.5mm headphone jack that supports headphones of all shapes and sizes. The laptop is also Wi-Fi 6 equipped, allowing you to maintain internet connections even on a high-traffic network.

• Hello again, Touch Bar. The update to its Magic Keyboard sees the return of the Touch Bar, which was first introduced in the 2016 MacBook Pro. Like before, the Touch Bar replaces the existing function keys and gives you all the necessary commands you need to save time and keystrokes. Another inclusion is the Touch ID to provide easier and more secure logins or purchases. 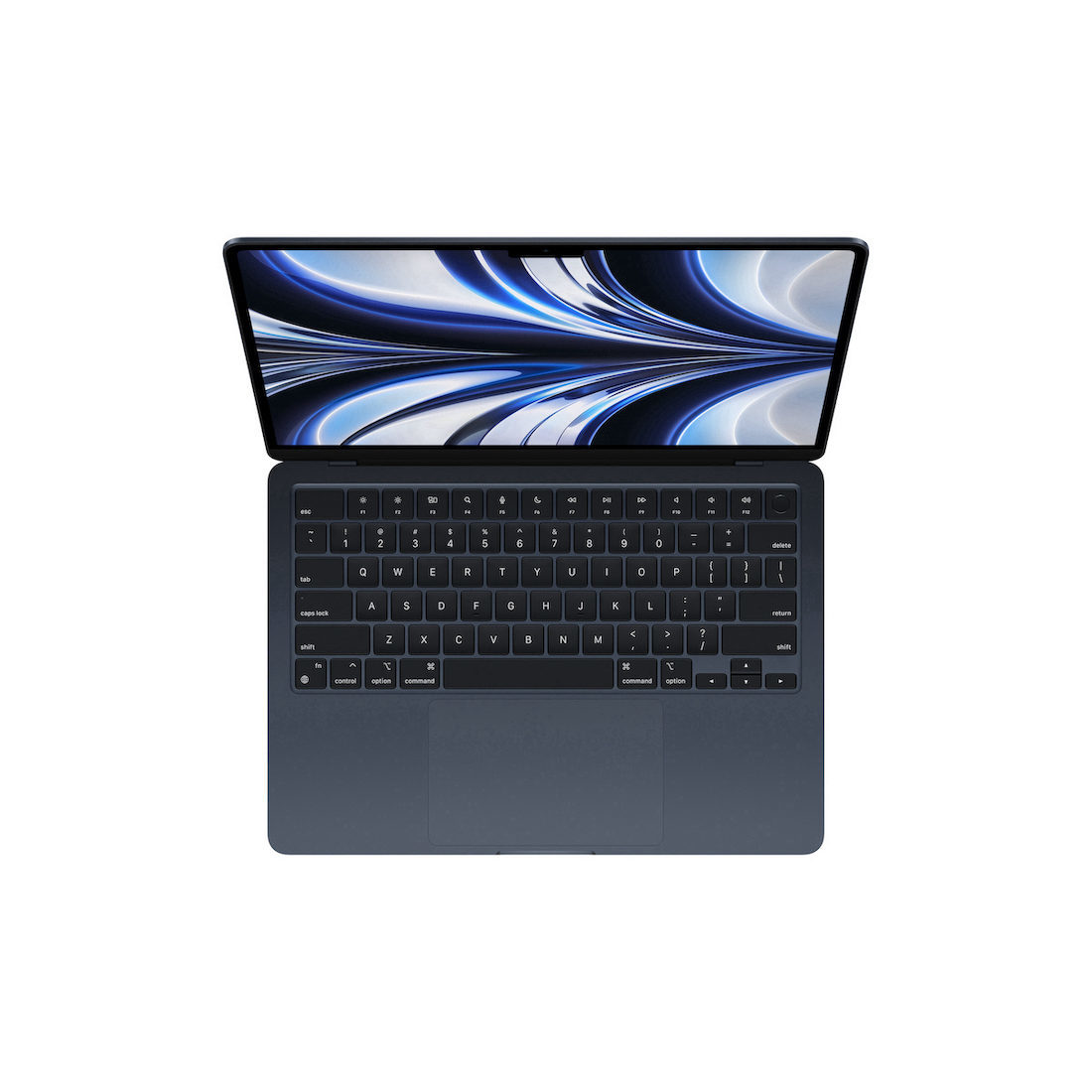 During WWDC22, Apple stated they completely built the design of the latest MacBook Air around the M2 chip. With astonishing thinness of just 0.44 inches, it weighs just 2.7 pounds (1.22 kilograms) thanks to its sturdy all-aluminum enclosure. The laptop and its charging cable come in four stunning colors: Midnight, Space Gray, Silver, and Starlight.

• Heavyweight performance, lightweight loads. The device is now capable of lasting for up to 18 hours thanks to Apple optimizing the M2 chip. The MacBook Air M2 2022 also manages to maintain a smooth and silent performance even without the need for a fan, no matter how intensively you maximize the laptop for your day-to-day productivity.

• Sharper video capture and imagery. The MacBook Air also comes packaged with a new 1080p FaceTime HD camera that delivers high-quality imagery during video calls, all powered by the M2’s advanced image signal processor. Not only that, the astonishing 13.6-inch Liquid Retina display brings the biggest and brightest screen to the MacBook Air with up to 500 nits of brightness, a wide P3 color gamut, and TrueTone support.

• Keeping the battery safe with MagSafe. MacBook Air is now MagSafe compatible, allowing ease of connecting the magnet-equipped MagSafe cable to the device. The cable releases quickly in case it was accidentally pulled.

• Expanded hardware support. Along with the MagSafe port, the device also features two Thunderbolt ports ready to support the hardware you need (e.g. external hard drives and solid-state drives or a 6K external display) and a 3.5mm headphone jack that supports high-impedance headphones too.

• Compact charging for a compact device. When it comes to charging options, the MacBook Air now comes with the new 35W compact power adapter that includes two USB-C ports, allowing users to charge two devices at the same time. The device also supports fast charging, with an optional 67W USB-C power adapter charging it to 50% in just 30 minutes.

With the new devices revealed, fans are now glued to their seats as they wait for the arrival of the first two M2-powered devices. Both the MacBook Air and the MacBook Pro will expand all there is to do when it comes to productivity, creativity, and entertainment. But, the real question is: how much will they cost?

MacBook M2 Price Philippines details are here: The 13-inch MacBook Pro starts at ₱76,990 with 256GB SSD storage and goes up to ₱88,990 with 512GB SSD storage. Pricing for the MacBook Air M2 2022 will come real soon. Keep your eyes locked here at the Power Mac Center Web Store so you’re one of the first to know once these M2 powerhouses become available. You can also follow Power Mac Center on Facebook, Instagram, Viber Store, and Twitter for more updates on its release.